Organizers: Department of Sociology of Politics and Morality (University of Łódź, Faculty of Economics and Sociology, Institute of Sociology), Jerzy Giedroyć Association of Eastern Politics

Alicja Łaska-Formejster (Chairman of the Conference, Department of Sociology of Politics and Morality, University of Łódź)

THEME OF THE CONFERENCE:

Until recently, it might have seemed that Central and Eastern Europe, ravaged by wars and totalitarian systems in the past, would increasingly transform into a politically and economically stable area, and the countries of this region, using the solutions developed in the western part of the continent, would join the group of developed countries that, to an extent, inspired the rest of the world. Although this vision has not yet been ruled out or undermined, Central and Eastern Europe has been shaken by certain social phenomena, definitively refuting the belief that the History has ended in this part of the world or that the countries in this region would now be on a fast lane to prosperity and freedom. Events such as the Ukrainian Revolution of Dignity or the war in Donbass on the one hand and, on the other hand, the series of wins of conservative parties in the region, which are frequently wary of the changes taking place in the West, make it necessary to raise certain questions, particularly with respect to the political and economic transformations and changes experienced by Central and Eastern Europe upon the fall of communism. Are we, then, witnessing dissatisfaction with the rules of the game established at that time? Have the proposals developed in that period and implemented since then really turned out to be so ineffective? Would alternative solutions have taken us somewhere else? If the purpose of these changes was to overcome the underdevelopment of the region, have the problems hindering social and economic growth been correctly defined? Perhaps what we are seeing today is a rebellion of those who did not have an opportunity to benefit from the transformations that took place in this part of the world? Or maybe it is a crisis of the elites, which are currently unable to develop new projects or define new goals?

We will be trying to answer these questions during our conference. Firstly, we are going to discuss if CEE countries really share a common experience and if the current events are the onset of larger political, social and economic transformations in the region. We are convinced that this is true, and this view – i.e. that the vision of Central and Eastern Europe as a boring, slightly dull region, where nothing interesting is going to happen is no longer true – will certainly accompany us during our sessions. You are therefore welcome to attend the conference and discuss the current happenings in this part of the world.

An article corresponding to the author’s presentation delivered at the conference will be published in the “Folia Sociologica” or “Power of Judgement” journals, provided that: (1) the author attended the conference; (2) the article passes the review process. 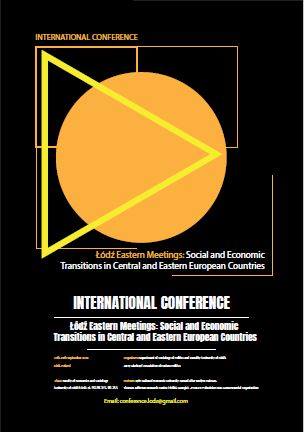